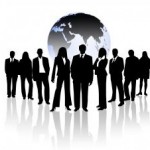 by TJ Walker
Political, business and cultural leaders come in many sizes, shapes and styles, displaying varying degrees of skill. Some rise at 4 a.m.; some work from noon to 2 a.m. Some are teetotalers; some like to drink a fifth a day.

Leaders often become leaders because they are experts at motivating other people to do that which they would normally not want to do. Leaders learn how to delegate effectively. Corporate leaders can delegate sales, advertising and accounting tasks. Political leaders can delegate the planning and fighting of wars.
However, there is one thing that all real leaders know they cannot delegate: speaking on behalf of their organization to the outside world. A President must be able to speak on behalf of the entire American public when addressing the country and the rest of the world. A corporate CEO must be able to speak on behalf of the company to clients, customers, employees, vendors, analysts, investors and the news media. This cannot be delegated to staff.

That is why the one most common trait shared by true leaders is the ability to communicate well, especially through the spoken word. Of course, speaking styles vary among leaders, but at some point most leaders find a way to be effective when they are speaking.

There is more to being a leader than just speaking well. Having wisdom, good judgment and solid principles are also essential. But try to imagine a wise and principled Winston Churchill who was afraid to give a speech. Impossible! Churchill’s wisdom, judgment and principles would never have been brought to the world stage if he had not been able to communicate them effectively via the spoken word.

More than height or looks or wealth or even charm, mastering public speaking is the one true X-factor that determines a great leader. In fact, having strong communication skills can sometimes override the fact that there is nothing else a leader can do in a certain situation. Take, for example, the case of New York City Mayor Rudy Giuliani during the 9/11 crisis. By every traditional measure of leadership (e.g., making unpopular decisions, encouraging the public to make sacrifices, anticipating and preventing future dangers), how did Giuliani fare?
I would contend that Giuliani didn’t take any of the actions most commonly associated with great acts of political leadership that we may associate with Lincoln or Churchill. (I’m not criticizing Giuliani; I don’t think the mayor of any city would have been able to do much more than Giuliani did. Disclosure: I even voted for Giuliani in his reelection bid.) But why, in the aftermath of 9/11, was Giuliani hailed as a hero across the country and around the world? What did Giuliani actually DO to achieve such universal acclaim?

He talked. He communicated. He expressed emotions. He talked, without notes, from the head and the heart. For several weeks, Giuliani was the nation’s talk-show-host-in-chief. A la Oprah, Giuliani was also a ratings hit, especially since he was a more talented communicator than the New York governor or even the president of the United States at the time.

The public so deeply believes that outstanding communication skills are a hallmark of a great leader that sometimes delivering a knockout single speech or series of public presentations is enough to etch an image of heroic leadership in the public’s mind.