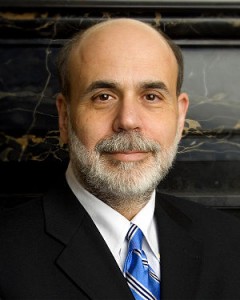 So the Fed has its first press conference ever. How did it go? As a communicator, Ben Bernanke deserves a solid grade of B. He was calm, relaxed, and not-rushed and communicated at both the intellectual and emotional levels.

Bernanke did a good job of not sounding like an incumbent politician who was trying to make everything sound rosy. And he also didn’t get trapped into repeating negative words about any sector of the economy that could have been quoted and caused markets to tank.

No one expects the chairman of the Fed to speak in as colorful a way as Al Sharpton, but compared to Alan Greenspan, Bernanke is a veritable Donald Trump in terms of being captivating. Bernanke was especially effective when he commented that he understands that “Gas is a necessity. People have to drive to work,” and that is “Hard to blame Americans for being impatient” with respect to unemployment. He also came across as smart and humble when asked about a particular book when his response revealed that he had a) read the book and b) lost a chess match to the author.

Additional pluses: Bernanke stuck to his message that the Fed’s job was to keep inflation low and to help the economy, including employment. He was also great at stressing the Fed’s desire to be more transparent. He didn’t seem arrogant at any point and he never exuded the sense that he didn’t like a question or that he resented having to be there at the press conference—all good things. Also, Bernanke seemed remarkably candid on the decision to hold a press conference and on the internal debate on the appropriate level of transparency at the Fed. Finally, he didn’t accidently make news by uttering an off-message sound bite.

Minor areas in need of improvement: Half way through the press conference his “uhs” and “ums” became more frequent and that made him appear less confident. Next, he said “I don’t think I want to address a hypothetical that I don’t anticipate.” In that case, just don’t talk about it.

Prediction: The Pooh-bahs at the Fed are going to conclude this press conference was a net positive and will hold more. They will conclude, rightly, that the more they communicate with the public, the less likely they will be taken over by an angry lynch mob with pitchforks or a meddling Congress.

1 thought on “So how is Ben Bernanke at pitching himself and the Fed, to the press and the American people? – Media Training”