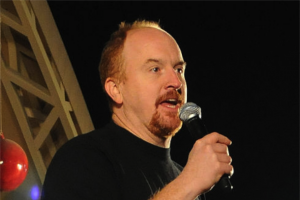 Comedian Louis C.K. recently self-released a video of his stand-up special, “Live at the Beacon Theater,” for $5 online. He personally paid for the production costs up front in an experiment to see if this was a cheaper, more efficient, and less restrictive method of getting his content to his fans. In doing so, he cut out paying the middlemen — including the marketing team — and avoided the red tape of working with studio executives.

In twelve days, Louis C.K. earned more than $1 million from people downloading the special — far more than the $170,000 it cost to produce the video. Louis C.K. gave his thoughts in a post on his site:

“I would have been paid [less than $200,000] by a large company to simply perform the show and let them sell it to you, but they would have charged you about $20 for the video … This way, you only paid $5, you can use the video any way you want.”