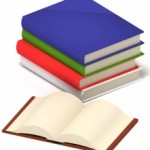 Media literacy used to mean you could read a newspaper (this thing called paper that had news printed on it) and watch TV newscasts and have some understanding of what is going on. These days, even kindergarteners can do that.

To truly be considered media iterate today you must be able to create media in any format and speak to the media in any format. That means being equally comfortable behind a keyboard or in front of a camera. That means being equally comfortable whether you are creating your own social media video or being interviewed by a reporter for a traditional TV network broadcast.

A well-prepared, media literate person of the 21st century needs to be able to blog, vlog, interview, be interviewed, podcast, webcast, telecommunicate and even host a multimedia press conferences. It doesn’t matter if you are a CEO, and entrepreneur, an artist, a clothing designer, a poet, a politician, or just a concerned citizen lobbying for a new stop sign in your community. You will not be successful and you will not have clout unless you can speak to a group of people larger than can fit in any one room—that means you have to reach people through the media.

There once was a time when people believed (erroneously) that you had to have some natural “gift” to be a media spokesperson. You had to have superhuman looks, charm and charisma, whatever that is. That was a fallacy in the past and it is downright silly now. Learning how to speak to the media is every bit the learned quantifiable skill that learning one’s alphabet or multiplication tables is.

Learning how to communicate through the media seems mysterious simply because here are relatively few books written on the subject and even fewer courses on it taught in school. Plus, those who have stumble upon the secrets of how to communicate effectively through the media are often reluctant to reveal that it is a skill anyone can learn. The more the skill s presumed to be rare, unique and un-teachable, the more those with media skills can have an advantage over the rest of the world.

Now, you don’t have to let anyone automatically be your spokesperson to the media unless you want them to. Because you can easily and quickly have all the skills you need to communicate to small and large audiences alike through the media.