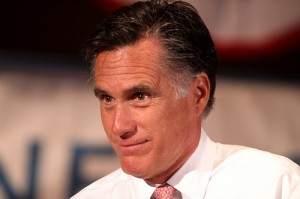 There is a great deal of nonsense surround the fairness of quoting Mitt Romney saying “I like to be able to fire people.” Romney defenders scream that this quote is taken out of context and is horrifically unfair. But every quote in every newspaper, TV newscast and political ad is “taken out of context.” It is taken out of the context of a longer speech, interview or conversation.

But that’s not what happened to Mitt Romney. He said something that seems to fit with everything else many people believe they know about the man and his philosophy.

Imagine if the shoe were on the other foot. Imagine if President Obama said the following:
“I love rising taxes, as a last resort, if it means we can have a stronger defense against terrorists and cleaner air for our citizens.”

Is there anyone on the planet who doesn’t think Republicans would run ad after ad showing Obama saying “I love raising taxes (period end of quote)?”

Of course they would. Yes it would be an out of context quote, but would it be fair?

Or imagine Obama said the following:
“I hate white people and I hate black people and hate all people who would use terrorism against the American people to advance their political agendas.”

The difference is that Obama, regardless of his other flaws, isn’t stupid enough to say things like that. Romney is and he is now paying the price.