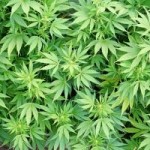 You won’t make money as an author. Don’t think of yourself first and foremost as an author. Books are expensive business cards. There, that’s the ugly truth, but it had to be said.

“But TJ, that’s insane! What about Jack Canfield and Mark Victor Hansen and their Chicken Soup of the Soul series? What about Stephen Covey’s 7 secrets to Success? What about Zig Ziglar’s best selling books?”

Guess what, all of those guys were wildly successful and had big, profitable speaking and training businesses before they sold any books. Books didn’t make them successful any more than Jack Nicholas’ driver made him a successful golfer.

Sure, once in a blue moon someone will write a book and that book alone will rocket them to stardom. And some people become rich by playing the lottery—neither is a sound or reliable business strategy. Of course writing books is something you need to do and have to do if you want to be the leading guru in your niche, just realize that books aren’t want makes your successful; your success is what will make a book success possible however.

Here’s another sad little secret about non-fiction book publishing: you can write the world’s greatest book, but if you aren’t already famous, have a large following, have a huge client base or bring a gigantic PR or promotion budget to the table, you aren’t going to sell many books—doesn’t matter if you are with a top New York publisher or if you self-publish.

Most would-be experts spend too much of their time and money trying to get a book published too early in their careers. If you don’t have a powerful platform and a huge following, a book just isn’t going to do much for you.

Books don’t get you booked on major TV shows; most are thrown away unread.

Books alone never get you speaking gigs, so don’t rationalize the $15 grand you might spend self-publishing a book with the idea that you’ll get it all back the first week from 2 new speaking gigs—it doesn’t work that way.

These days, thanks to computers and self-publishing, everyone has a book. If you include all self-published books and ones that never even get an ISBN number, there are probably 100,000 books published a month! Most never sell more than a few hundred.

Self-publishing can be a model that works for many gurus, but it has to be done in a proper sequence. I decided I was not going to self-publish until I had enough revenues to support a full-time staff member and a substantial client base. To me, that meant I had to generate at least $400,000 a year and have a database of at lest 10,000 people for my newsletter. I didn’t want to try to self publish without an assistant because I don’t have the patience or the attention to detail to publish a book (it’s a million little details).

Here’s what I did. I self-published Media Training A-Z in 2004. How did this book benefit me?

Since my business’s name is Media training worldwide and my business is media training, there was a 100% fit with what I am all about. The book fulfilled the following purposes for me:

Did my Media Training A-Z book “make” my business? No, I already had a successful business.

Did my book make me tons of money? No, when I look at staff time plus money for printing, etc it wasn’t a moneymaker.

But, did the book help my business in a profound way, help me justify raising my fees, become a part of an overall image that helped me close hundreds of thousands of dollars of business that I wouldn’t have otherwise gotten? Absolutely.

That’s why I self-published Presentation Training A-Z the next year. And later I went with a mid-level publisher for my book “TJ Walker’s Secret to Foolproof Presentations.” After that book went to #1 on the USA Today bestseller list and onto the bestseller list for the Wall Street Journal and Business Week, I was able to jump up one more notch and sign with Wiley, the #1 publisher of business books in the world.

It is a slow, painstaking and methodical process, but if you try to short-circuit the steps, you will usually just waste your time and money.

My advice is to write every day for you audience, your fans and most important, your paying clients. Build a huge fan base. Then figure out what of the stuff you write is most popular and try to organize it in book form. Then write the book a little at a time. Next, figure out how to publish it in the way that makes most sense for you, whether it is self-publishing or with traditional publishing. There are no one-size fits all strategy that works well for everyone. Self-publishing was the perfect strategy for me at the point in my career when I did that. Now, publishing with a giant is best.

But don’t let anyone fool you with his or her bluster about how they are better because they only do books with so-called legitimate publishers. Most authors make less than minimum wage with traditional publishers so it’s not much to brag about. And some self-published authors make money and even more money that those who publish traditionally.

Remember, publishing a book is a piece of an overall business strategy for you, but it’s only one piece. Get the rest of your business in place first and book publishing can be a great enhancer.