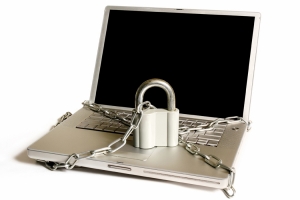 “I’m really not a techie…” I hear that from would-be gurus all the time. I hate to tell you, but this is complete BS!

When someone tells you “I’m not good at technology” what there are really saying is this “I am incredibly lazy and I don’t want to bother to read or type.” Because these days, almost all technology can be used by anyone willing to read and type.

Shakespeare didn’t get to sit back on a couch and dictate Romeo and Juliet, instead, he had to use the time consuming, difficult and expensive “technology” of his day: ink, a quill and parchment. It was difficult and laborious, but he did it and he didn’t even have spell-check. Imagine!

These days, you really don’t have to know HTML or a gigabyte from a terabyte (I don’t). But if you want to become a guru you had better learn how to use computers, web pages, social media, and how to communicate via text, audio and video. If you are already the President of the United States or are fabulously wealthy, you can hire people to type for you, answer your email and do everything for you—even ghostwrite content for you. But if you aren’t already that rich and famous, you darn well better learn how to do it yourself.

Yes, some things are more complicated than others. I started hosting and producing Internet talk radio shows in the 1990s and at the time, I had to take apart my computer for a week to install a second soundboard in order to capture my sound and the sound of someone I was calling through my computer. You don’t have to do that anymore; you can simply go to www.blogtalkradio.com, create an account by typing your name and a few other things and then you can host your show for free.

As an expert in your niche, you want to spend most of your time learning more about your niche and coming up with new ideas to help people as it relates to your niche. But you can’t sit back and use the excuse that you aren’t great at technology to keep you away from have an up-to date website and frequently updated blog and lots of audio and video to share with the world.

Case in point: video. You don’t have to go to NYY film school for 4 years to make decent video these days. Just buy a $150 HD Flip video camera. Point it at yourself. Talk. Hit record. Connect the camera’s USP connector to your computer. Then upload it to your YouTube channel. Done. The whole thing can be done in less than 10 minutes, and requires no technology skills at all. The only thing it requires is for you not to be an incredibly lazy slug! And if what I just described is too complicated, then you can just use the webcam that is build into your computer.

You’ve got to stay up on the times. At one point it was cutting edge to know how to type on a typewriter. Then the skill became commonplace. Then, it became assumed you knew how to type. So if you did type you got no credit, but if you didn’t know, it was an automatic reason not to hire you for a position. The same became true of computer skills. These days, in major media companies, it is assumed junior level hires no how to promote projects on multiple social media sites. Those that don’t demonstrate social media literacy simply aren’t considered for jobs.

So don’t fool yourself, you’ve got to embrace technology if you want to spread your ideas to the world because it’s simply too time intensive and expensive for you to go door-to-door around the world talking to people individually. You don’t have to become an early adapter and embrace the newest gadget, but you can’t afford to be a later adapter unless you are already super established—that’s right, J/D Salinger didn’t have to blog and Catcher in the Rye still sold well. You must either sue all current technology or make enough money to pay someone to do it for you or be swept aside and forgotten. And if you aren’t already mailing lots of money and willing to pay other people to do your tech work, then you need to realize where you can find your Chief Information Technology Officer for your company: staring back at you in the mirror.