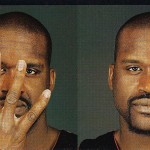 Shaquille O’Neal spent his entire career making news on the court and off so it is no surprise that his retirement announcement, and the way he made that announcement, would also become news.

It was not enough for the 4-time NBA champion to simply issue a press release announcing that he was walking away from his 19 year career. Instead, Shaq used the new social media site Tout to tell the world via video. He was able to bypass the traditional media and speak directly to his fans.

We live in an age where athletes have unprecedented direct access to their fans via Twitter and Facebook. Some players have gotten into trouble for comment they make and for when they Tweet. Others players have been able to build a follower base in the hundreds of thousands and even millions.

For a player like Shaq he can harness his millions of followers and use that access for as a product endorser for years to come long after most people remember his playing days.