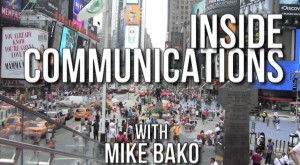 Mr. Speigel states in his article, “Big brands have been using crowdsourcing to activate consumers for some time now…many large consumer brands use crowdsourcing when developing contests. These contests act as the centerpiece of a social media marketing campaign and often help to shift the burden from creating engagement to managing it.”

In the interview Mr. Speigel expanded on the importance of connecting fans and followers within the product. His example of Toyota taking advantage of crowdsourcing through there campaign called “Toyota Sponsafier.” Spiegel “they gave NASCAR fans the opportunity to actually create the graphics package for their Toyota Camry Nascar… the one that got the most votes was literally produced and featured in a race and used as a pacecar.” The importance of connecting though fans and allowing them to see their input used has created a link between Toyota and the social media community.