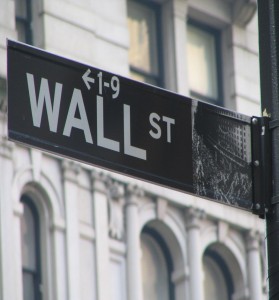 A Wall Street broker stood up at a midtown Manhattan social media conference focused on the Occupy Wall Street movement and rushed toward a journalist at the front of the room who had been filming it.

Jabbing his finger into the reporter’s face, the banker said the man with a smartphone had no right to film him — even though it was a public event.

It wasn’t long before things got ugly. A fight nearly broke out and obscenities were exchanged.

The event’s organizers couldn’t have staged a more appropriate incident to serve as a microcosm for one of the points they were trying to make: that social media is playing a vital role in spreading the message of the Occupy Wall Street protesters and some people – bankers, for instance, especially those who feel like scapegoats – don’t like it.

The implications of the scuffle weren’t lost on a panel member.

“Is there a little bit of irony here?” said TJ Walker of Media Training Worldwide, who was hosting the gathering. Walker has written an e-book about the protests called ‘Occupy Wall Street Message: Bust Up The Big Banks.’