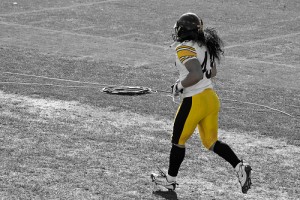 The NFL fined a player $10,000 for making a call from the sidelines, even though all he wanted to do was assure his wife he was okay after suffering a possible concussion earlier.

Superstar safety Troy Polamalu of the Pittsburgh Steelers, whose flowing hair is featured in Head and Shoulders shampoo commercials, was seen talking on a cell phone while sitting on the bench during last week’s game against Jacksonville. That’s prohibited by the league, and officials were not swayed by Polamalu’s extenuating circumstances.