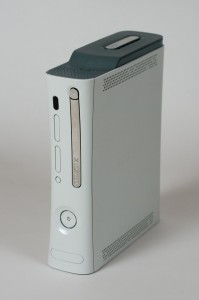 Fox News Channel is looking to get more tech-savvy.

If you’ve watched the network’s election coverage in recent weeks, you might have noticed that, beginning with the Iowa Caucuses and appearing again during the New Hampshire primary on Tuesday, FNC’s election-night anchors made use of a graphic on set that displayed what people were googling as voters went to the polls . It’s designed to be a sort of real-time barometer of what issues and which candidates voters are thinking about as they make their primary or caucus decisions. “Google has a huge database and the number of searches for a given candidate parallels closely their choices [in primary voting],” said John Roberts, Fox’s chief national correspondent. “It’s not a scientific indication of how people may vote, but it’s an indication of what people are thinking about and the intensity with which they are thinking it.”

The Google integration comes just as parent company News Corp. plans to bring Fox News programming to a variety of new Web and mobile outlets—including Xbox, starting some time next month. It’s all part of a technological push meant to broaden out the network’s appeal, in part to younger demos.