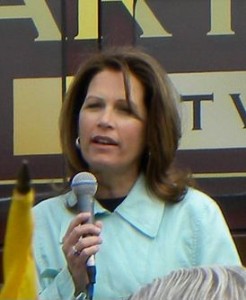 Source: Newstrack: Presidential hopeful Michele Bachmann committed a gaffe when she said that she wanted to shut down the non-existent U.S Embassy in Iran, but later moved to say she was speaking hypothetically.

The irony of the statement is that America has not had a diplomatic mission in Tehran since 1980.

Bachmann’s own ‘oops’ moment came while applauding Britain’s decision to pull its nationals out of its embassy after students stormed the building in protest earlier this week.