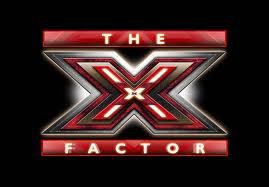 Earlier this month, “The X Factor” became the first-ever reality-TV competition show to allow voting by Twitter. (See “How to Vote for Your Favorite Act on The X Factor” in the Twitter Help Center.) What’s that done for its social-TV footprint? Ad Age asked our editorial partner Bluefin Labs, a Cambridge-Mass.-based social-media analytics company that specializes in social TV, to give us a view into the data it’s been collecting on the show all season. Some notes about the charts below:

The first chart below shows social-TV activity for each episode of “The X Factor” this season (except for last night’s airing, for which data is still being parsed). The fat red bars, labeled “Total Comments” on the top left, represent volume of commentary about a particular episode of “The X Factor” across social media, as tracked by Bluefin (with the lion’s share of comments, as usual, appearing on Twitter and in public Facebook updates). The little blue square points, labeled “Avg # Comments / Commenter” on the top right, show just how active each unique commenter is on average.