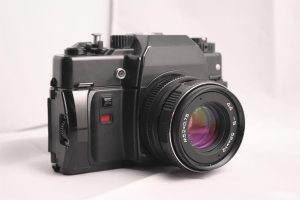 It’s simple, do a new video every day, or at least several times a week. Basically, as frequently as you blog or write emails to customers or prospects, you can do videos too.

I am constantly amazed when the following thing happens in my audience. I will have an executive sitting in my TV studio and we will be having an interesting conversation about their business or organization. This executive will be interesting, engaging, confident and fluid in their conversation. Next, I ask for a brief timeout to shoot a speaking or media analysis talking head video to go up on YouTube and my other sites. Now, 29 times out of 30 times I do this in one take, in 2 minutes or less. The reaction is always the same. My guest’s jaw drops and they say something like “Oh my God, that’s amazing! How did you do that? You are so articulate. I could never do that!”

The reality is that I didn’t do anything amazing. All I did was talk, just as my guest had done for the previous hour. The only difference is that I did it staring at a camera with a bright light in my face. It seems hard because it’s not the normal way of talking, but it not really hard to do, once you’ve done it often enough to get over the weirdness of it.

My advice is to do as many videos as possible as often as possible. Don’t make the mistake that many amateurs do of over analyzing every video, re-doing them dozens of times, putting them up on YouTube and then taking them down hours or a day later. Put it up and let the world see you and critique you. Overtime, you will get more and more comfortable with the whole process. And you will get better.

In my own case, doing YouTube videos came easily because I had years of TV talk show host experience under my belt. And beyond that, I had years of doing 3 and even 4 hours a day of live talk radio hosting experience, so I’m used to thinking and talking at the same time with a microphone in my face. But I didn’t start out with anymore natural abilities than anyone else. I was a shy, quiet kid who made a flat, boring welcoming speech.

When you are first starting out, of course you may wish to practice by recording yourself and not posting it on the Internet for the entire world to see. But at some point, you are going to have to get over your doubts about yourself and post the danged video? Sure, you might not like your voice or your hairline or your waistline. Get over yourself. Very few people do. Instead, focus on the interesting. Useful and insightful ideas you have for your customers, clients and prospects who might watch your video. Put yourself I their shows. They don’t really care how you look as long as you aren’t distracting. If you can give them good information that can help them, that’s all they care about. Ultimately, that’s all you should care about to.

Now stop dithering and post a video of yourself speaking!