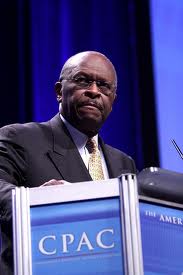 The Herman Cain campaign’s increasing disdain for the media is reaching a fever pitch. Hours after canceling an important interview with New Hampshire’s Union Leader newspaper over a spat about its proposed length, the Cain campaign said that its candidate was the first in the Republican field to be granted Secret Service protection–in part because of the increased media scrutiny.
“[He] draws anywhere from a dozen to 50 media at his events,” Cain spokesman J.D. Gordon told the Washington Post. “When he gets out at a rally or a campaign stop, it has been increasingly common for media to be physically putting themselves and others in danger by trying to follow him with a lot of heavy equipment and cameras in close quarters like we saw yesterday.”

1 thought on “Herman Cain campaign turns on the media”