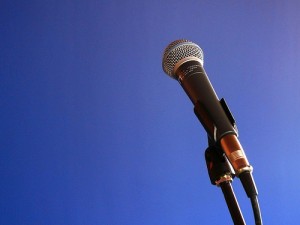 Answering questions from a reporter is NOT like answering questions from a friend, colleague, boss, employee, investor or family member. It is NOT like having a real conversation. (Live TV and radio interviews are slightly more like live conversations, but even still they are not exactly the same.) In a real conversation, you have context, you understand the context and usually your audience understands the context. If you are explaining something to an employee, you can reference something you said five minutes earlier. If you are answering a question from your boss and he stops to take a phone call when you are mid-sentence, you understand that you need to stop talking because he won’t be able to hear anything you say while he is talking on the phone, and it won’t have an impact.

If you are giving a speech, you can see if most of the audience is paying attention. You can also build one idea on another, referencing something you said earlier in order to highlight a complex idea. You don’t have that luxury when you are talking to the media.
In a real life conversation, if your son says to you, “You are the worst mom in the whole world because you won’t let me play with firecrackers the way all my friends get to,” it may be fine to preface your response with, “Son, I understand that you think I am the worst mom in the whole world for not letting you play with firecrackers, but . . .”

However, what are good conversational skills in the real world can DESTROY you in the media world.

Many people who are great speakers and one-on-one communicators never make the adjustment to being good media communicators because they don’t understand this one key concept: YOU DON’T CONTROL THE CONTEXT OF A CONVERSATION WITH THE MEDIA. Because you can’t control the context, it fundamentally alters how you must talk and answer questions. Unlike every other conversation in life, in a media conversation, every single idea you utter will be judged on its own, not within the context of what you said before or after it.