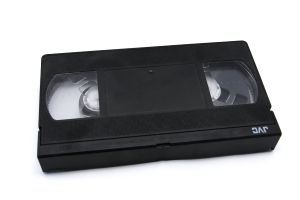 Of course I understand that if you are trying to become an internet media entrepreneur or a dotcom billionaire you should obviously care. But for the rest of us who have other businesses and areas of expertise, you should care what the newest mode of communication is.

Your attitude should be, 1. I have important messages to tell the world. 2. I can communicate by writing or talking about these messages. 3. These messages can be distributed in text, video or audio, I don’t care which ones. 4. I will communicate in any medium as long as it provides so means of reaching an audience I care about.

So don’t panic when you hear everyone obsessing over podcasts or Twitter or some version of the new, new, new. Many so-called new media experts like to make bold pronouncements on how old media is dead and the only thing that is important now is online social media. And yet these are the same experts who would sell their own children for a shot at going on “Oprah,” a very old-style traditional broadcast media outlet.

Personally, I get a kick out of people who say that traditional media and traditional advertising is completely dead. Why? Because they give as an example the Apple Corporation. “Look TJ. the iphone and ipad are big hits in social media, everyone is talking about them, they are the wave of the future.” Well, yes, but…

People somehow always conveniently forget the fact that apple spends tens of millions on billboards, bus signs, TV ads and every other kind of traditional marketing. They do everything.

Unless you want to be seen as a new media guru, I recommend that you focus on communicating through a mix of traditional media and that includes TV radio and print, plus internet sites. And communicate through your own creations and interactions with social media. At some point it pays more to be a follower than a leader in a brand new media. Example, I jumped headlong into internet radio in 1998. It was too early. There were no listeners. And I largely wasted my time and money. The same thing could have happened to you if you spend a lot of time trying to become a CB radio king back in the 70s. Sure you might have had fun and been a part of a fad, but you wouldn’t have done anything to build your long-term brand.

My advice is to never sacrifice communication successes that you already have for the prospect for some new and untested medium that might be better. Don’t give up a text-based email newsletter if you have lots of customers and prospects who read. Sure, you might want to make it accessible by RSS too, but don’t stop sending it out via email just because you could send it out by RSS.

Similarly, if you have access to cable and broadcast news and talk shows and you are a frequent guest/news analyst, don’t stop reaching people through these media outliers just because it’s possible to start doing your own podcasts and YouTube videos.

For most of us in the business, political and civic worlds, the goal should be to avoid being an early or late adopter to new communication media outlets. Yes there can be big rewards if you bet early on the right new outlets, but if you bet wrong you could bury yourself. If you have great messages, hone your skills to become a great communicator, master all old and current media forms, then you will be perfectly positioned to make the most out of all new media forms as they gain popular acceptance.