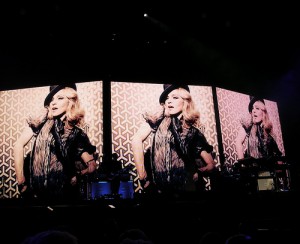 The closing moments of Super Bowl XLVI, which saw the New York Giants come from behind to edge the New England Patriots 21-17 with a last-minute touchdown, were so dramatic that they set a new tweets per second (TPS) record on Twitter.

The final three minutes of the Super Bowl saw Twitter users firing off tweets at an average of 10,000 per second, which is an all-time peak for a sporting event on the network.