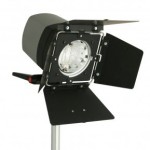 No. This is a frivolous worry.

The chances of you ever becoming overexposed are slim and none. Yes, there is a danger of you receiving too much negative publicity if you fail to communicate properly during a crisis, but bad exposure is not the same thing as overexposure.

The reality is that it’s truly hard for any one person or organization to get so much positive exposure that people just get sick of you. You can make the case this happened to Madonna in the 1982 and the Jennifer Lopez in the early 00s. And to Donald Trump for the last 25 years.

But how many of us have careers more successful than those three—so maybe they weren’t that overexposed after all.

Major brands like MacDonald’s and Coke spend billons of dollars a year so that you see their ads on TV at least 6 times a week and numerous other places on billboards, ads and radio jingles. So unless you are getting that kind of coverage (hint: you’re not!), then don’t worry about overexposure.

Of course you should always worry about getting great, positive, factual and laudatory coverage. But this you can get in small quantities or large quantities, but it’s very hard to image that you really get too much positive coverage.

Sure, there may be times when you deliberately have to shun media attention such as a few weeks before your company is about to go public. If you talk to the media then you will violate SEC regulations, jeopardize your company’s ability to take in billions of dollars and possible go to jail. But after that, the reasons for not talking to the media or worrying about overexposure start to get sketchy.

In my experience, people who start talking about the danger of overexposure are really worried about receiving or possibly receiving negative news coverage. However, the solution to that problem is not to avoid the media. The answer is to talk to the media, but to make sure you have interesting, messages that are positive about you and useful to the media. This way everyone wins.

Concerns about overexposure are usually based on an assumption that the media can only be controlled by controlling their access. It is true that if you are the President of the United States or a top ten movie star that playing the access game can help you control your message (this worked well for Tiger Woods before his November 2009 car crash), for most people and most organizations, this method of control is to blunt to be effective. The far more effective way to control the media is by doing all interviews with great messages and sound bites prepared and then sticking to your message and sound bites with slavish devotion. Then your exposure will at least be partially positive in your favor because your own quotes will always be positive and will at least partially offset any negative things anyone else has to say about you.