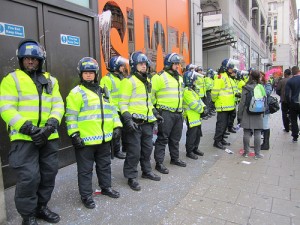 After days of riots in London, thousands of Londoners and worldwide supporters are taking to social networks to help reclaim the streets of London.

While rioters took to the underground paths of BlackBerry Messenger to organize, the highly spreadable mediums of Twitter and Facebook have shown to be the perfect platforms for mobilizing cleanup organizers and followers in the early aftermath of the rioting.