I was working with a very well-known politician. He had been the speaker of the legislature of a major southern state. He was now running for another office. He was about to announce in the next couple of days. I was brought in as his media consultant and media trainer.  We are sitting there in his home going over a standard media training. What I always do getting comfortable on how you look on TV then talking about the messaging. So if you’re running for office. Part of your message has to answer the question why are you running for this office. So I asked him that question. He said because I want to do this and I want to do this, I am going do this.  I’m trying to keep up writing it down or putting it on poster boards.  We are writing it down. Before you knew it the house was practically covered with messages. As to why he wanted to run. Now he fancied himself a very serious public policy person very intellectual. But when I asked him why are you running for office. He had to say hundreds and hundreds of things. Now it once you are in office there are hundreds of things you have to do. Maybe thousands. But you cannot run on a platform of doing hundreds of things for candidates. For all the other voters in your district. Just does not work that way. So and this was my fault as a trainer was fairly early in my training business.

My training career before you know what we had spent five six hours brainstorming on messages.  So now we had to do the compression down to three messages quickly. He would not do it and he would not do it he would not do it. We almost had to just arbitrarily pick three. Then we had about five minutes to practice interviews and practice his three messages. It did not end well. What happened during the campaign when he was interviewed? His announcement in every other time, every time he spoke he said something different. Every time someone asked him why are you running for office.  He said ten new things.  Nothing ever resonated and he lost his bid for public office.

Now I am not proud of how that training went. I have like to think I have learned a lot sense that I now impose a very strict discipline on how much time you could spend on brainstorming messages.  But a lot of times people have this mistaken notion that oh I do not want to dumb things down. I am a smart person. I want to respect the audience. All that is great but it actually takes more intellect to put your messages in priority than it does to just dump them all out on a table. When you have 500 messages there is really no difference between that and having no message.

So why do I tell that story? I want people to realize you do not get extra credit as a candidate or anyone trying to communicate to the public by more, more and more. You cannot spend a disproportionate amount of your time in the brainstorming mode. That is the easiest thing to do for most people. It is fun it’s intellectually interesting. But it does not help you actually communicate. You have got to spend as much time if not more time narrowing your messages to the top three coming up with sound bites, leaving time for rehearsal. If not you’re gonna end up losing whether at the ballot box, or the cash register. 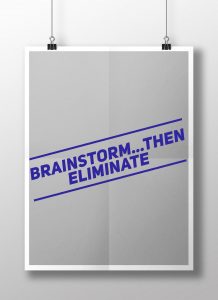 There Is Always Time for Anything Important

I hear from executives all the time, “TJ I would love to practice but there is no time or we would love to schedule a day of training but you know there is no time.” All you are really saying is that presentation skills are not important to you. That is all you are saying. I remember the first time I went to India, around 2003 and 2004. I am on the campus of emphasis in Bangalore. I am conducting a full-day training with a bunch of executives. It is sort of a typical training. We start at 8:30 in the morning.  We worked through lunch. We finish at 5:00.  That typically when I work with executives after a long day. They are on camera. They are speaking up and down. Their adrenalines flows. They are tired at the end of a long day. That is all exhausted. I am just going to go home or they want to go out and have a drink with me relax or have dinner.

We finished the day of training.  It is at five o’clock and I noticed all the executives are still sitting in their seats. But they have all done one.  Thing they pulled out their laptop. I went up to one, “Sanjay what are you doing?  We are finished now. You can go home now. He is like “oh no TJ I am now going to do six hours of work right here. Catching up on email.  I missed by being in the training mode all day”

Okay that is dedication.  That is a work ethic. Now this same gentleman was telling me about his experiences in the cell phone and a telephone service in India. He said earlier in the 90s he and his family put in an order for phone service in their house. It took 18 months to get the order in.  Took another 18 months before the phone was actually installed. A three-year process. Just to get phone service. Now he worked at one of the largest communications and consulting firms in the world emphasis.

So why do I drive that story home? What message is there? The message is If you want to learn presentation skills you will even If you have to put your regular job off and work till midnight. It can have It the other thing, I used this story for is if I am speaking to young people especially young people in America to drive home, the point of you are now competing with people all over the world, they are about a billion people who speak English around the world who do not live in the united states. They are learning good communication skills. A lot of times they are learning It for me many of you, in fact most of you watching this course are not in the united states.

I congratulate you! for those of you in the united states you often had an unfair advantage because the rest of the world wanted to do work with an American. They wanted to do work with someone who has strong communication skills and American style English skills. Well guess what that advantage Is evaporating as more and more people around the world are taking the time through this platform.  And others to really learn how to communicate and present skill that present their Ideas effectively. They are burnishing their presentation skills. So that Is the real message and that Is why I tell the story. 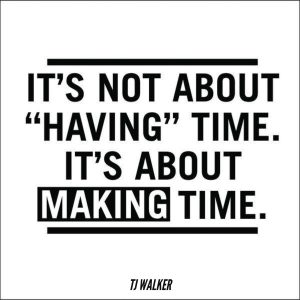 What is on your mind? write it down for us!