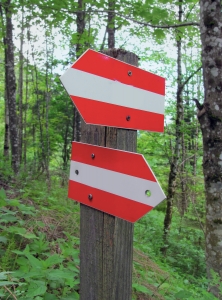 My advice? Do ‘em all. Sure, if you are a high profile, conservative TV preacher you mind not want to do an interview with a hard-core pornographic magazine like Hustler. And if you are the President of the United States you can’t do 987 interviews a day even though you might have that many requests.

But for most other business executives, politicians, entrepreneurs, authors, experts, publicity seekers, new product managers etc, neither one of those two extreme apply. That means you should err on the side of doing interviews from almost any media outlet.

Let’s look at the typical reasons for not doing an interview:

I will argue that the first six reasons are illegitimate reasons to avoid doing interviews. The final two are occasionally good reasons to not do interviews.

When it comes to the first three reasons above, there is a flaw in using this as justification of not doing interviews. I’d much rather have a story that is 90% negative about me and 10% made up of quotes from me saying how great I am than to have a story that is 100% negative about me that ends with a statement “And TJ Walker was so arrogant and out of touch that he refused to call us back to answer questions because he is guilty and ashamed!”

The reason most people want to avoid doing an interview is they think that is the best way to control the media. Unfortunately, there isn’t a lot of evidence to support this thesis. In fact, most evidence shows this is just a way to anger reporters and create a worse situation.

Regarding reasons 4-6 above, why could it possibly hurt you to have any audience hear good things about you? And why does it help you when audiences hear bad things about you? Regarding time, it often takes more time doing a detailed analysis of the history of a media outlet and a content analysis of a single reporter’s stories than it would take to just do the interview. If you really think the media outlet is insignificant, say a talk radio show in a small city in a part of the country where you do no business, then my advice is to grant them a 3 minute interview. It’s only three minutes! And you may make a friend out of the reporter or producer, who may go on to work at a major news network 6 months later.

Regarding reasons 7 and 8. Yes, these are occasionally legitimate reasons. But if your company has oil rig that just blew up, the fact that you won’t do an interview won’t keep you out of a story. The topic will have to be much smaller in scope if your refusal to do the interview has much of an impact. Regarding the final issue, there may be an occasion when a reporter calls to say he/she is doing a story on people who have had but cheek implants and you have had this procedure done but you really don’t want the whole world to know. The reporter isn’t doing the story about you but would quote you if you wanted to be in it, but if you don’t do the interview, they will simply quote someone else. In this case, it’s ok not to do the interview. But keep in mind that if you are a celebrity of any stature and the media find out that you have had a butt check implant, then the story will run about you with or without your quotes.

As I have stressed again and again, the best way to control the outcome of an interview and the final story is to have good solid message and great sound bites that reflect well on you. Attempts to overtly control reporters usually backfire and cause resentment. When you are refusing access to a reporter, you are attempting to manipulate the reporter. And the problem is his is seen as too ham-fisted a tactic. It is far better to control the one thing you can and should have control over: your own mouth and your own words.

Remember, it is very rarely the decision to do an interview that gets people trouble. It is usually always the dumb things that people say that make a story bad. So focus on the real problem and the solution will take care of itself.