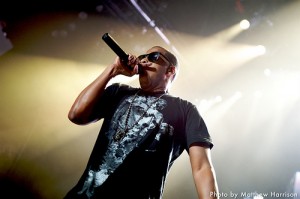 If you want to see your message quoted in the media, one sure way is to add a pop culture reference. Reporter’s LOVE anything that relates to someone or something that is currently receiving attention in pop culture or is generally known to the masses.

A winning Super Bowl quarterback who says, “I’m going on vacation now,” won’t be quoted. A quarterback who says, “I’m going to Disney World,” will be quoted. If you can make an analogy or reference to a current popular movie, film star, famous musician or sports celebrity, you will come as close as you can get to a guaranteed quote from a reporter.

In another example, if you are talking to an information technology trade publication and you want to praise one of your peers in the industry, you are unlikely to be quoted if you use vague and abstract adjectives such as “brilliant” or “resourceful.” Instead, if you say, “Dithers is the Tiger Woods of the IT industry,” you much more likely to be quoted.

Reporters are looking for words and quotes that will put pictures into the minds of readers, viewers and listeners. Madonna, Michael Jordan, Teddy Roosevelt, Bill Clinton – all of these people instantly create images for people. Institutions can work as well. “I believe Windshield Company is an excellent franchising opportunity” is not quotable. “I believe Windshield Company is going to be the McDonald’s of the windshield world” is quotable because everyone has a strong image of McDonald’s as a dominant worldwide franchise.

Once you have come up with your message points, brainstorm for pop culture references that can dramatize your message; you will be much more likely to see your quotes make the final story.