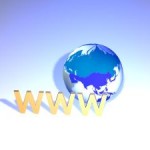 It is very easy for gurus to get carried away with social media activities. The next thing you know you are twittering, Facebook updating, blogging and creating topical videos for hours and hours a day, and then answering email, messages and responses from people. Yes, you are “building community,” but you may only be reaching a few dozen people and you spent 23 hours on it today and you made zero dollars in revenue. Clearly, this is not sustainable.

As a guru who must communicate with large groups of people, you need to be familiar with all popular forms of social media. I recommend you dabble, but just a little—you can’t fritter away your entire day! I urge you to spend up to a couple of hours a day on social media—that’s a significant investment, but not a debilitating one. Try to be everywhere that you think your followers and your community are interested in finding expertise. But then you should take the attitude of constantly testing. See what works. If a weekly hour-long radio podcast that requires 10 hours of pre-production on your part doesn’t amass any audience or generate any new clients after doing it for 6 months, it might just be time to cancel the show.

Remember, your most valuable asset is your time, so if a new media venture costs zero dollars of hard money out of your pocket but sucks up lots of your time, the proper way to think of that medium is not “low cost” or “no costs.” It’s actually a high cost medium for you. Judge it accordingly.

You might not ever create a blog that is as popular as Guy Kawasaki’s or a vldeo that is as highly watched as the guy who created the “Evolution of Dance.” That’s OK. For many gurus, there is no one social media outlet that is going to be the home rum medium for connecting you to millions. Instead, you will have to spend a little time in each medium, hitting singles as you go, and aggregating small incremental audiences one person at a time—that’s OK too.

More important than raw numbers is your ability to connect with people and to get their responses. The responses can be praise or condemnation, preferably both. You want anything other than silence. You need to get a response out of people-then and only then will you know a real connection was made.

Make no mistake about it; social media are here to stay. Those who think it is just a fad are as shortsighted as broadcast TV executives who looked at Cable TV in the 70’s and 80s as a “mere fad.”

As an expert, you must use all media, social media and well as traditional media to convey your expertise to your community. Yes there are some fields that lend themselves exclusively to social media communication. But for most industry experts and gurus, the most effective way to use social media is as a part of a back and forth bounce between mainstream media, traditional media, highbrow news journalism and then back to consumer-generated social media again and again.