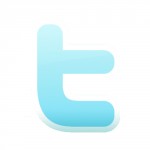 Rashard Mendenhall can say so long to his endorsement deal and hello countless Sunday afternoon’s of being booed by the fans of opposing teams and maybe even his own.

His crime? Mendenhall was terminated because of controversial tweets he made earlier this week about Osama Bin Laden.

He questioned why people would celebrate his death, and also seemed to question whether bin Laden was even involved in the September 11th attacks.

Media Lesson: If you are in the public eye, the face of a company or a product endorser your actions and comments will come under greater scrutiny. Champion terminated his contract as much for what Mendenhall said as for the fact that it would play as good PR.

In a way, Mendenhall got caught in the crossfire of making a ridiculous statement while at the same time not being a big enough celebrity endorser for the company to stand behind.