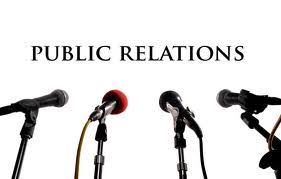 In the previous chapter, I discuss how you must take PR seriously and even become your own best publicist. And yet some of you reading this don’t believe me. Big mistake! There are many functions of your business that, as you grow, you can delegate to others, such as accounting or taking out the trash. However, your public relations efforts cannot be one of them. Sure, if you have the resources, you can hire a publicist or perhaps even a large New York PR firm. But at some point in your career you won’t have those resources and you will need to do it yourself. Regardless, even if you have a huge pr firm at your disposal, you will have to personally oversee their efforts if you want to get the best results.

Consider Andy Warhol. He’s considered by most serious artists as a hack, but just try going to any modern museum of art in the world without being confronted with dozens or even hundreds of his paintings and other pieces of his “art.” Why, because Warhol spent most of his time doing public relations, hanging out with journalists and celebrities and promoting his work.

Think Calvin Klein is the best designer in the world? Of course not, but he was and is great at PR, whether it was getting headlines at studio 54 in the 70s with Brook Shields or doing cameos on NBC’s 30 Rock in 2009. He takes a personal interest in his advertising, marketing and public relations.

Do you think that Barbara Walters has the best voice in TV journalism or gets so much airtime because of how young and beautiful she is? No. She made a decision back in the 1950s that even though she was only making $10,000 a year, she would invest half of that, HALF of that, $5000, into PR to promote herself and her career. Do you think it paid off?

Do you really think that Donald Trump is the world’s best businessman? You wouldn’t if you ever invested money in his casinos, many o his developments, his airline, his football team (I could go on, but this book would never get finished).  In fact, any serious Wall Street investor considers Donald Trump to be a fool, a con man and a caricature. But Trump has a reputation with the public because he spends most of his time personally over seeing his PR.

You need to become a PR expert (with yourself as your only client). You should read every book you can find on the subject of media relations and public relations. You need to become fast, best friends with dozens of journalists who can help you and your career and keep you in the limelight.

Other than creating good, interesting and original content and ideas in your area of expertise, this (pr) is the most important thing you can do to advance your career.