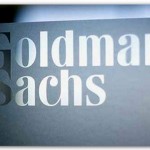 In an Op-Ed in today’s New York Times, Goldman Sachs executive Greg Smith issued a damning resignation letter, in which he says the firm’s culture has deteriorated in his 12 years with the company. The problem, he writes, is that the firm cares more about making money and less about taking care of the customer.

“I attend derivatives sales meetings where not one single minute is spent asking questions about how we can help clients. It’s purely about how we can make the most possible money off of them. If you were an alien from Mars and sat in on one of these meetings, you would believe that a client’s success or progress was not part of the thought process at all.”

Smith, who was working in Goldman’s London office, started at the firm after college, according to his Op-Ed.

The letter became a trending topic on Twitter this morning and has already spawned a clever parody, “Why I’m Leaving the Empire, by Darth Vader.” And it’s a major PR headache for the much-maligned firm. In London’s Telegraph paper, Iain Thomas writes, “This is what is known as a public relations disaster.”