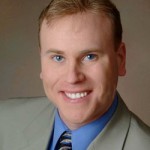 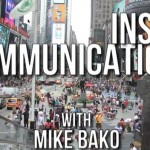 In the latest installment of Inside Communications Radio with Mike Bako, the featured guest was Rodger Roeser, President, The Eisen Agency. Mr. Roeser’s feature discusses an issue he has raised on whether a firm or corporation is better served by going to an agency or in-house for public relations need. Roeser expanded on the firms that have in-house and the ones who continue to go outside.

In his article, “Agency or In-House?” Mr. Roeser discusses “Hiring an agency is considerably less expensive when you hire the right firm — keyword right firm.” Being able to find a firm that understands a firms needs and areas of interest is the most important aspect of marketing. Rather than spreading out the brand name through messages and advertising, find the right audience and medium to communicate through. In the interview, Roeser states that “the lack of understanding, and agencies have just done a terrible job explaining there are solutions that available for any size organization or any sized budget.” He believes that very few firm have, and should keep in-house firms because of the heavy expenses.

When speaking on costs and experience, Roeser explains “people will all too often hire in-house because their salary is $30K, and instead you can hire a firm for maybe $20K… your hiring a person with significantly more expertise.” Roeser believes firms need to look at marketing as “an investment in the growth and success of your business Not as a cost.”

About Roger Roeser
Rodger Roeser is an APR accredited member of the Public Relations Society of America and served as the Cincinnati Chapter President in 2005 and was named PRSA PR Professional of the Year in 2010. A professional journalist by trade, Roeser was an award winning radio and television reporter and anchor, and an award winning newspaper reporter and, later, editor. He also founded the EMG Scholarship Fund which provides an scholarship dollars for minorities pursuing a degree in public relations, marketing or journalism. He can be reached at rroeser@theeisenagency.com.