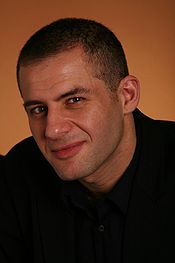 Ronn Torossian does not head the biggest PR firm in New York City but he does know how to create big headlines.

The problem for Torossian is that those headlines often paint him in a negative light and now, the New York Times is reporting a story that shines a huge spotlight on Torossian’s alleged dirty dealings and extortion of a client.

These are the sorts of allegations that under normal circumstances would sink a PR pro and his firm but Torossian has been crawling out of the reputation sewer for so long that unless he actual goes to jail I am not sure how much this will actual hurt him.

You see, Torossian enjoys getting press as much for himself as he does his clients. If you were to create a movie character caricature of what a PR professional is like it would be him.

Everything from repping sleazy clients to engaging in sleazy practices is in the Torossian playbook.

This is why the industry as a whole needs to stand up and exact its own justice on Torossian. The world of public relations already gets enough bad press that its time to show that it can clean up its own garbage.

Trade groups like PRSA and International Public Relations Association should drop Torossian’s firm 5W Public Relations from their listing or make a note in their bio that they are not in good standing.

The tactics that Torossian employs are the equivalent of a steroid juiced baseball player breaking home run records. It sullies his deeds and casts an unfair spotlight on the work of all those around him.